The Under the Stones tesuji (2)

The Under the Stones tesuji is quite rare in professional games. There are only few examples.

I was initially motivated to write these articles by watching the following youtube video:

The video clip is a recording of a TV programme by NHK, a leading Japanese broadcaster and the sponsor of the NHK Cup Go tournaments. The game was between Murakawa Daisuke, a young star and Imamura Toshiya, an established 9-dan player. If you are not patient enough to watch this 9-minutes video, the game record is available at:

But I highly recommend you to watch this video to see Imamura's reaction when he realised his mistake. Imamura was to gain one extra point at yose but neglected the aji in his territory. Murakawa brilliantly created a Under the Stones pattern to capture four stones, giving this ordinary game a very entertaining ending.

This is a famous game by Takemiya Masaki, known for this 'Cosmic Style'. One may have a glimpse of this style here: 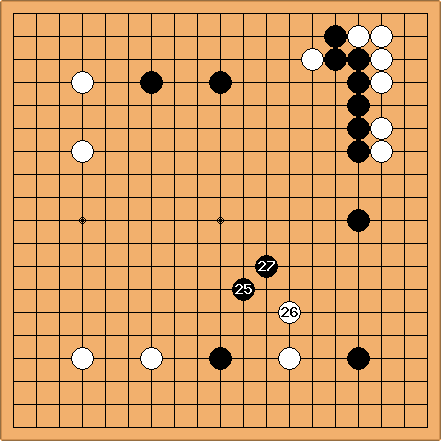 The Under the Stones tesuji never materialised in this game. But a little bit extra reading would reach this outcome. The players has been fighting a messy ko since move 104. White finally gave up the ko at move 168 when running out of ko threats. What happens if white 168 connects the ko? Here is the answer: 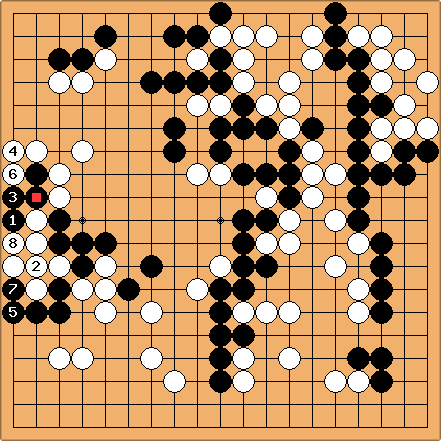 After this game, Takemiya Masaki went on to capture the Japanese Meijin title. The 5th game in this series was also a thriller: 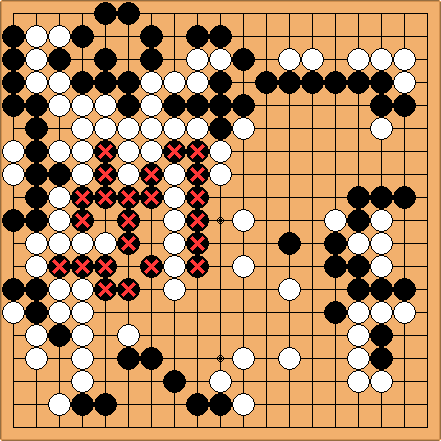 This is the position when white resigned. Both black groups have 5 liberties and white corner has only 4. Coincidently, there is another Under the Stones shape hidden here, if white were to continue the capturing race. 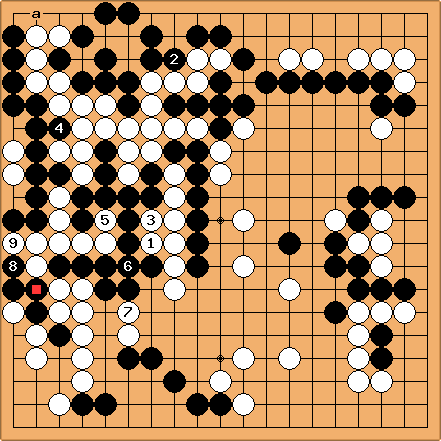 can play at 'a' instead. But why not another Under the Stones?

The final example was from a major international tournament and played by big star Lee Changho.

When Lee Changho was at his top form, his best weapon was his unparalleled yose skill.

is a brilliant tesuji.

cannot cut at 'a', otherwise white can play

and black would crash.

is the next tesuji. Black has to play

to avoid white saving his stone in sente. If black plays 'b' instead of *b8*, white can occupy

to destroy several points. Because the game was really close,

Now it is just a matter of formality to create the Under the Stones shape.

What makes this really special is that a ko fight is created eventually. Lee Changho got this ko out of nothing so he won this game easily.

Tags:
Under the Stones