The Under the Stones tesuji (1)

Under the Stones (倒脱靴 in Chinese; 石の下 or ishi-no-shita in Japanese) refers to situations in which brilliant moves become possible in space left by your stones just captured. These shapes are mostly seen in (artificially designed) tesuji problems. But in practice it does occur from time to time, even in professional games.

Let's first examine two typical patterns in which Under the Stones tesuji may appear: 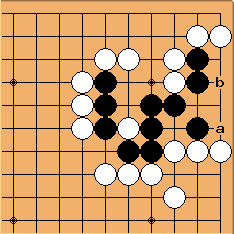 Can black save this group? Clearly black 'a' would not work, white 'b' can destroy the second eye easily. What else? 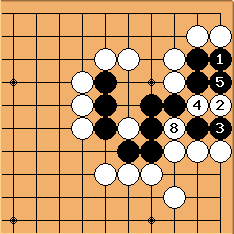 Black blocks the other side.

is a typical tesuji to create a false eye by squeezing. However, black won't be that cooperative...... 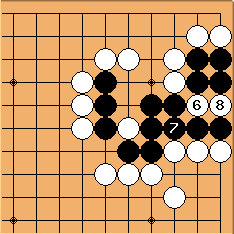 is the correct move. 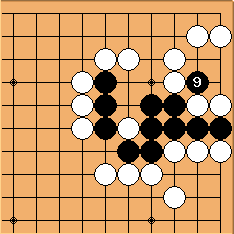 completes the Under the Stones tesuji, creating a second eye for the group. 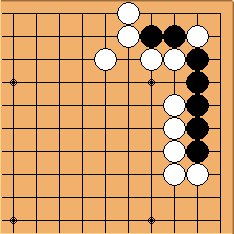 Again, black is to save this group. 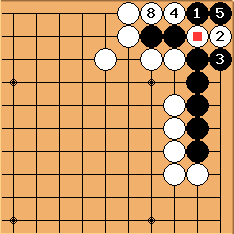 is the only starting point. But

combination successfully creates a false eye in the corner to kill the black group. 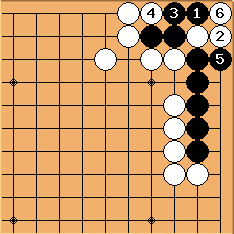 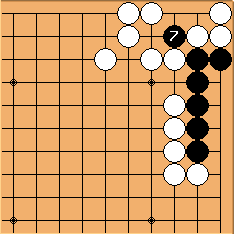 captures back to form a second eye for the group.

As shown, these are rather practical shapes so it is possible to get these in real games. In the next article, we will review a few professional games in which this tesuji occurred.

Tags:
Under the Stones