This interesting photo was published at Chinese portal site Sina. It shows all 15 Chinese Go players that have ever won at least one Go world championships. 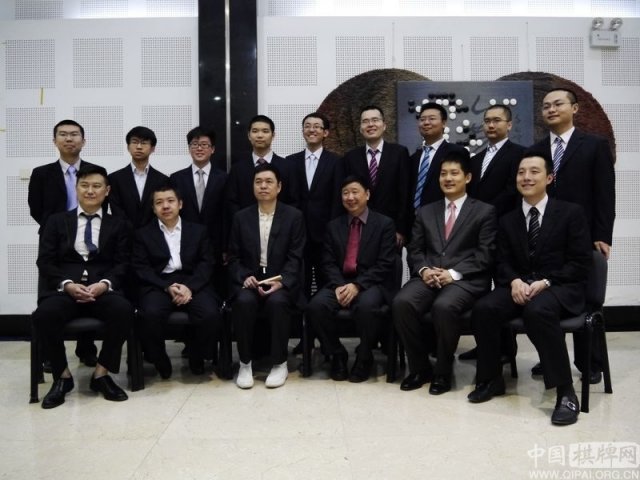 Of course, this photo, taken back in 2014, does not include Ke Jie, the latest and 16th Chinese world champion.

Note the list of young players holding one title each. They storm the Go scene after 2011. When they won all six international titles in 2013, the Chinese central TV channel surprisingly gave the most prestigious sport personality of the year award to all of them. Chinese media vividly call them "[wolf] pack with one title". They form the backbone of Chinese Go, or 'thickness' using a Go term. However the media have since been speculating who would break though from the pack and become the next leader.

Now, Ke Jie does look like the best candidate becoming the next leader.