I suppose, even the top Russian and European masters of Go have this problem. Compared to the top players of Asia, the number of tournament games played throughout a year is at least 3 times smaller. You can try to compensate for this gap by playing online, but in this case, it is hard to motivate yourself to give your all in a game, and it is also difficult to find those who want to play games with long time control. You can read books and solve Go problems, but it is impossible to achieve excellence without regular practice in tournaments.

Too many online games

Go servers that had emerged in the late 90’s destroyed many Go clubs in Asian countries. Why would one pay for the club entrance, inhale cigarette smoke and compete against the same opponents? It is much easier to play Go online. It is addictive, many Go fans can’t feel the right time to stop. On multiple Go servers you can find a great many of 10-kyu players who have played dozens thousand games as it is shown on their profile. They might be eager to improve, but playing about 30 blitz matches a day (and figure is not uncommon) is only aggravating the skills. It is desirable to set up a limit of 2 or 3 matches per day and not to start a new game until the last one has been reviewed in details.

Games played with 10 seconds per turn setup do no good. If you want to learn how to perform effectively during byoyomi periods in tournament matches, try to set up exactly the same time control in your training games. At the Russian Go Federation tournaments, the most common byoyomi settings are 30-60 seconds per move.

I saw people trying to solve Go problems that are not designed for their level. There is no point in torturing yourself for hours. To improve the practical part of your playing strength it is rather beneficial to solve simple Go problems in large quantities with time limits. It should take no more than 5 minutes for a single problem. And even peeking at the correct answer is helpful. Just try to get back to these problems again later and recall the correct answer.

Ideally, you should pick an opponent with equal strength or a little bit stronger. Playing against much weaker players relaxes you and forms a superficial attitude to the game, and playing against much stronger opponents leads to loss of self-esteem. Also, do not become a fan of handicap games.

You can only feel pity for those who learned dozens of thousands of josekis which have gone to the dustbin of history with AlphaGo arrival. If you plan to study them, try to do it on the basis of real current games and not from the books (especially like 38 Basic Joseki written in the 70’s). The right attitude should be to learn a joseki, apply it in the game and analyze the result. Cramming josekis in huge quantities only helps to develop your memory (though, of course, is useful too).

Playing and forgetting it right after

There is nothing more beneficial for improvement than analyzing your own games, especially if you review them with your teacher or use a computer program. Try to review all your games, even the ones which you have won. After all, even in these games, you can find a lot of mistakes.

Go4Go website or its Android app is the best tool for analyzing Pro games, but I would recommend you to skip watching all the games of the day in a row, but instead to choose your favourite Go masters, study their biography, playing style and stay focused only on the games of these players. During a tournament game, you can take a short break, distract from over-thinking and ask yourself: How would my favourite master Kato Masao play in this position? And then once again to look at the board from his point of view. If you are new to Go professionals, this page https://senseis.xmp.net/?ProfessionalPlayersGoStyles/ will help you with choosing your role models: attacking-style players, those who like to build Moyo, and so on. 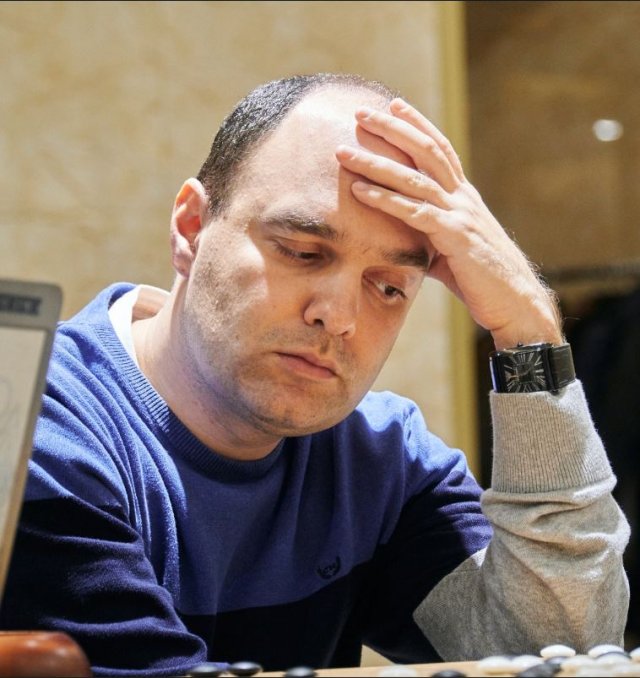 I glimpsed at the book 38 josekis and it seemed nice to me compared to other joseki books from Korea. But He says it is wrong. Most joseki books I saw here contain at least 100 josekis. Compared to those, this book he mentioned explains quite in detail and the stream of the game. So I wonder why he says it is an example of a wrong way to learn joseki. Just because it is written in the 70s?

Thank you for your thoughts. What is the priority in your opinion? I mean, if you have time in one day only for one activity, would you choose to play a serious game, study tsumego, or study from a book?